Movement: Caliber: Tudor Manufacture MT5612 - Design debuted in Baselworld 2019. Year: 2019 December, 5 year guarantee from Tudor (Full Set) Short Story: This Commando design is polarizing, dividing the Tudor camp into 1. those who praised the manufacturer for breaking the mold and acknowledging the brand's experimental military roots, and 2. those who thought the P01 was too strong of a departure from the norms of conventional tool watch beauty that the Black Bay line has come to define. This model was designed to solve horological problems for the U.S. Navy in the '60s. Legend has it that the Bezel locking mechanism was too complicated for a mass production, especially for the military purposes. Seeing the original prototype serves as a reminder of who Tudor once was, and points to one important element of Tudor: Even with a crew of celebrity ambassadors on the roster, Tudor's bold and risky introduction of the P01 means they haven't forgotten where they came from. Sale price 3,199 Euros More details: Hodinkee Found The Original Prototype That Inspired The Tudor P01 Album: [https://imgur.com/a/I3WMRWT](https://imgur.com/a/I3WMRWT) TimeStamp: [https://imgur.com/gallery/PQsiMuB](https://imgur.com/gallery/PQsiMuB) [https://www.hodinkee.com/articles/the-original-prototype-that-inspired-the-tudor-p01](https://www.hodinkee.com/articles/the-original-prototype-that-inspired-the-tudor-p01)

This seller did not provide contact information in the listing description. You must be a member of Reddit to send them a private message. If you are not already a member, request a new account at https://www.reddit.com/register/.

Montres Tudor SA has designed, manufactured and marketed Tudor watches since 6 March 1946. Rolex founder Hans Wildorf conceived of the Tudor Watch Company to create a product for authorized Rolex dealers to sell that offered the reliability and dependability of a Rolex, but at a lower price. The number of Rolex watches was limited by the rate that they could product in-house Rolex movements, thus Tudor watches were originally equipped with off-the-shelf movements while using similar quality cases and bracelets.

Historically, Tudor watches have been manufactured by Montres Tudor SA using movements supplied by ETA SA. Since 2015 however, Tudor has begun to manufacture watches with in-house movements. The first model introduced with a in-house movement was the Tudor North Flag. Following this, updated versions of the Tudor Pelagos and Tudor Heritage Black Bay have also been fitted with an in-house caliber.

Tudor watches are marketed and sold in most countries around the world including the United States, Australia, Canada, India, Mexico, South Africa, many countries in Europe, South Asia, the Middle East and countries in South America, particularly Brazil, Argentina and Venezuela. 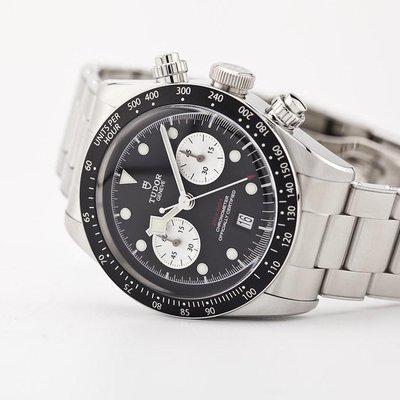 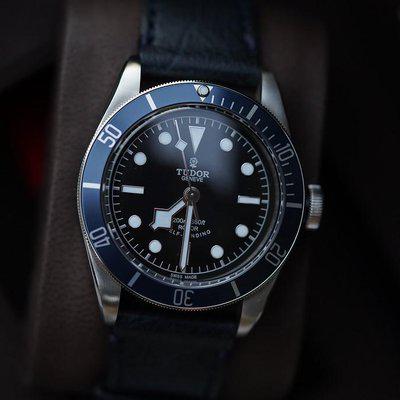